You are here: Home » Akenore » Home » Culture » Celebrities » Chemotherapy Kept a Fan From Going to a Jonas Brothers Concert, So They Went to Her Instead

Chemotherapy Kept a Fan From Going to a Jonas Brothers Concert, So They Went to Her Instead 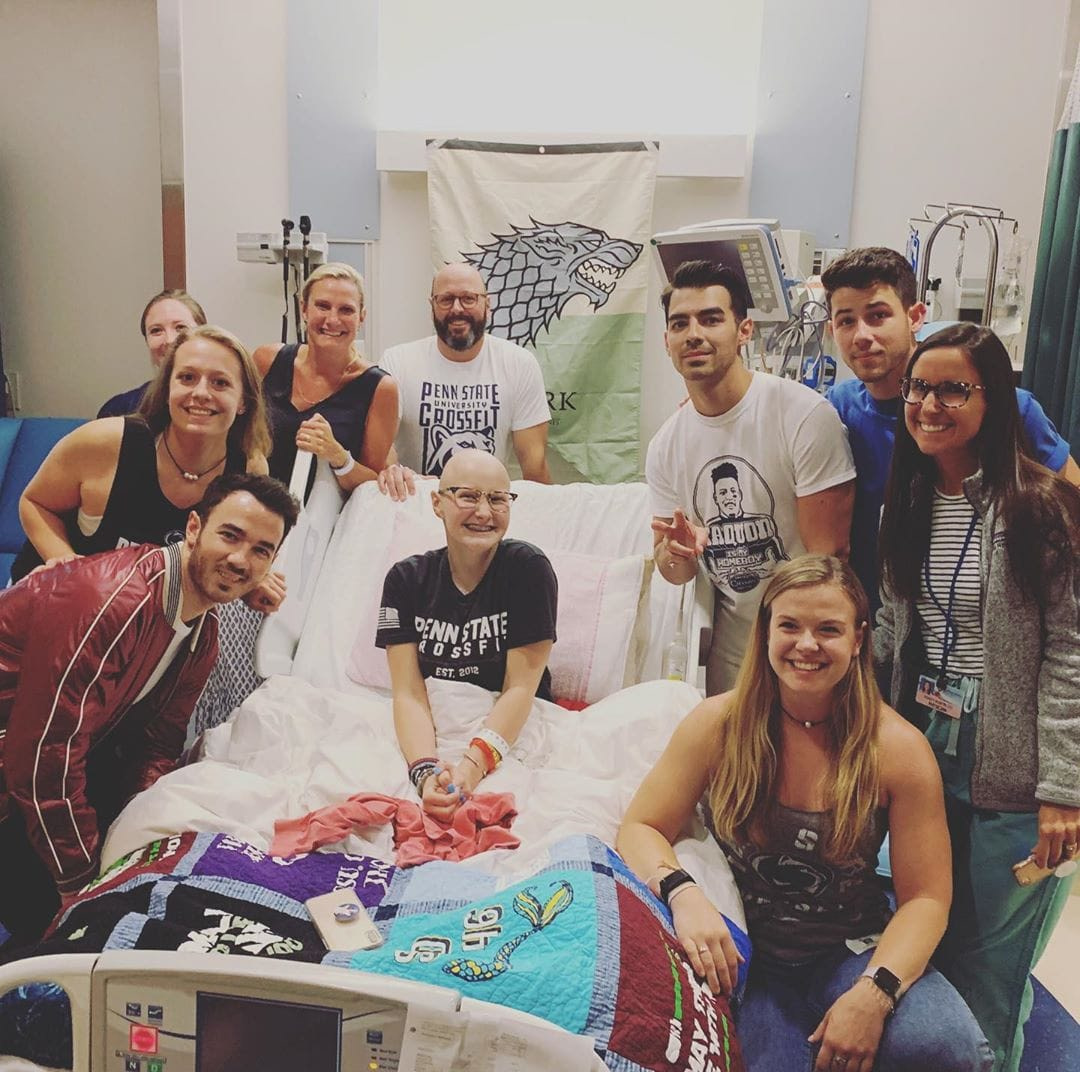 The Jonas Brothers might be busy on their Happiness Begins tour, but they made time for a special stop ahead of their Saturday concert in Hersey, Pennsylvania. Prior to taking the stage, the trio visited the Penn State Children’s Hospital to see a fan named Lily Jordan, who couldn’t attend their show due to chemotherapy. Kevin, Joe, and Nick — who are big fans of Penn State — heard about the young fan’s story through social media.

“@Jonasbrothers I was supposed to be at your Hersey concert tomorrow but instead I’m across the street doing chemo,” Lily wrote on her Instagram story. “If y’all wanted to pop in I’ll give you my room #. Seriously though I wish I was seeing the JoBros so bad so like? Idk tag em or put this on your story or something for lil old me.” Sure enough, others began sharing the post that eventually caught the Jo Bros’ attention.

In a video posted by the hospital, the three brothers — and Nick’s wife, Priyanka Chopra — greet Lily before enjoying a nice chat. “We saw your message, we had to come over,” Joe said. Nick then told Lily the group would dedicate a song to her during their concert, and she’d get to choose which tune. “Definitely S.O.S.,” she replied. “That’s my favorite.” The young patient also gave Joe a gift for his wife, Sophie Turner: a bracelet inspired by House Stark in HBO’s Game of Thrones, which Sophie starred in for eight years.

After the heartwarming visit, Lily took to Instagram to thank the group for their time. “Wow. The power of social media you guys. YOU did this. YOU made my crappy chemo session into something incredibly special and unforgettable,” she captioned a group photo with the singers. “Thank you thank you thank you @jonasbrothers for taking time out of your day to come pay me a visit. Literally made my life.”