iOS 13 Hands-on Review: The Top New Features for Your iPhone 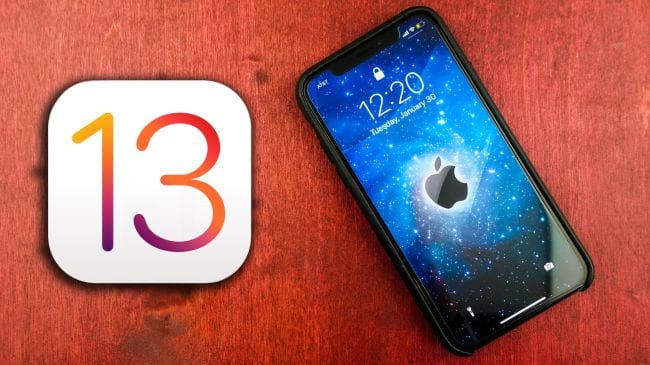 Now available as a public beta you can download before the stable version lands in September, iOS 13 does feel even in this still incomplete form like a more comprehensive upgrade than iOS 12. Apple admitted upfront that last year’s release was centered around performance, but one look at the laundry list of new iOS 13 features and it’s obvious that this installment is more than just snappier.

That said, the changes here aren’t sweeping and bold; they’re numerous and small. Every little bit of iOS has been made better, from the process of sharing content to pulling up a favorite spot in Apple Maps, to hands-free navigation. Even some annoyances that have gone unaddressed for far too long, like the comically intrusive volume graphic in previous iterations of iOS, have finally been addressed.

Apple won’t release the final version of iOS 13 to the public until Sept. 19, so it’s too early to deliver a final iOS 13 review. However, we’ve been test driving the software over the last couple days, and if one thing’s clear, it’s that iOS 13 looks to inch Apple’s mobile operating system even closer to perfection. Here’s how the most noteworthy features are shaping up.

Let’s start with the feature that received the most hype: dark mode. Yes, Apple has finally jumped on the dark mode train and it’s easily one of my favorite parts of iOS 13.

When dark mode is enabled, Apple’s own apps, like Maps, Messages, and Mail, switch to a darker color scheme with a black background. But there are other, more subtle changes: the backlight dims and the translucent background behind notification windows and app folders turn from pearly white to slate. It doesn’t instantly plunge your phone into blackness, but it is noticeable.

You can use dark mode like Night Shift, scheduling it to switch on automatically at a specific time, or you can toggle it on and off manually in Control Center or in Settings. You can also just ask Siri. 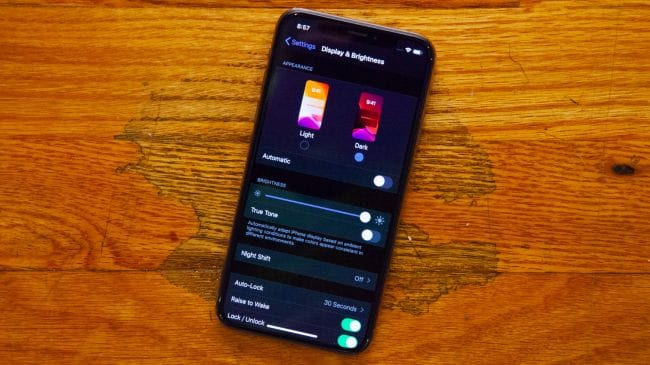 Yes, it makes the general UI a frosty gray and gives all Apple’s first-party apps black backgrounds, but it can also be scheduled to only activate after sunset, or during a custom schedule you decide. This feature is also accompanied by four pairs of new abstract-looking wallpapers with light and dark flavors, and the system knows to switch between them depending on which theme is active.

It’s all very slick and well thought out, but otherwise, there isn’t really much to say about it. There’s been a deafening clamor over the last few years to Dark Mode “all the things” in software — a desire that isn’t without practical merit, as devices like the iPhone XS that contain OLED displays greatly benefit from reduced battery consumption when they’re not pumping bright white backgrounds through those pixels all the time.

Otherwise, the value of Dark Mode is purely subjective. My colleague Caitlin McGarry, a longtime iPhone user, has made it known to me in no uncertain terms that she won’t be switching on Dark Mode and doesn’t understand what all the hubbub’s about, and I can definitely see where she’s coming from. Personally, I think people are just desperate for visual change to iOS or Android on any level, and Dark Mode figures to be the biggest thing that’s happened to iOS, aesthetically speaking, since iOS 7 launched.

Every iOS update brings with it a few redesigned apps, and iOS 13 is no different. Photos — which already got a helping of machine learning-based improvements in iOS 12 — has been entirely overhauled for iOS 13, with an all-new default screen that reorganizes your captured media into a collage, bunched together in days, months or years. 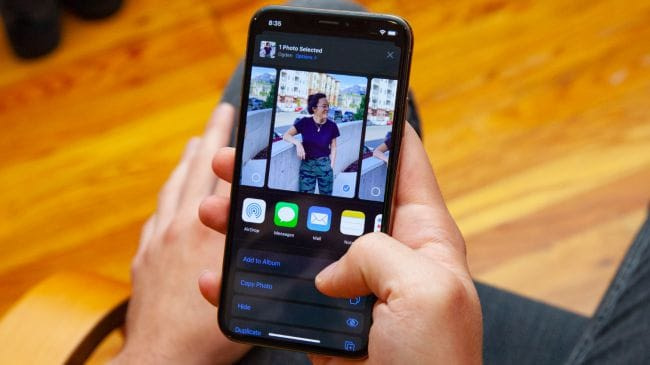 However, iOS 13 takes some liberties with the curation of your photos and videos that previous iterations didn’t. When browsing through the month view, you’ll see content bunched together into groups based on events, determined primarily by location. Depending on the circumstances, iOS 13 will intelligently label events based on an attraction rather than a venue; for example, pictures taken at a concert will be marked by who performed in the month view, rather than an irrelevant geotag.

The year view is much more simplistic and self-explanatory, breaking your library out into year-by-year groups. Yet iOS 13 makes improvements here, too, by surfacing contextual previews in each one, informed by whatever is currently going on in your life. So if you open year view on your child’s birthday, you’ll see photos you’ve taken at every previous birthday appear in year view.

It’s a pretty cool feature with the potential for so many delightful trips down memory lane, though much like Facebook’s On This Day feature, we hope Apple has the awareness to allow users to turn this aspect of the Photos app off, to avoid any unpleasant memories.

Editing tools have also been seriously fleshed out, with many more tools available at your disposal right in the app. They’ve also been extended to videos as well, meaning at long last, you can finally rotate a video with ease. And video edits are non-destructive, just like with photos.

Comparatively speaking, the update to Maps doesn’t seem as comprehensive as what Apple’s done with Photos, at least at first blush. But rest assured, the app has been seriously improved in iOS 13, and that stems mostly from Apple’s initiative to completely rebuild its map of the world from the ground up. 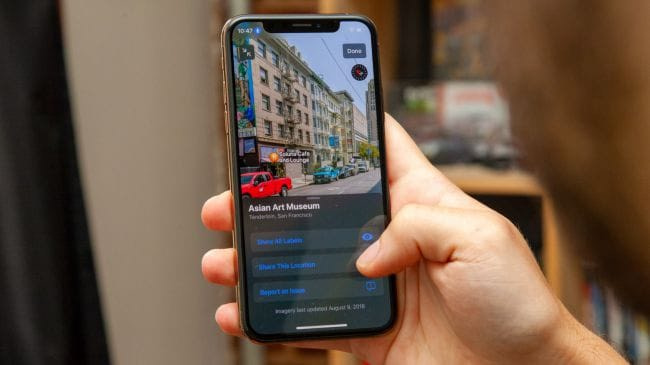 The new map won’t blanket the entire U.S. until the end of 2019 and will roll out to the rest of the globe in 2020. It’s already live in Las Vegas, San Francisco, and Honolulu, and in those cities Apple has showcased an exponentially more detailed map, rendering more roads, paths and buildings than were previously visible.

Maps in iOS 13 also introduce Apple’s take on Street View, called Look Around. It functions almost exactly like Google’s feature, with the exception of moving through environments. In Look Around, that’s executed with a double-tap rather than a directional swipe, and to Apple’s credit, it appears to be much smoother than in Street View, with more frames passing by between vantage points.

One of the smaller but most welcome changes to Maps in iOS 13 is that you no longer have to dig through an unintuitive interface just to get to your favorite locations. They’re now highlighted, along with your home and workplace, as soon as you open the app, right underneath Siri Suggestions. Additionally, transit information is now more detailed and actually relevant. Rather than simply telling me that a certain subway line in New York sends trains every 5 or 10 minutes, like Maps used to, the app now lets me know the precise arrival time of the next train and whether or not it’s running on time.

To be honest, I’ve never been one to use to-do list apps with any sort of regularity. That said, the new Reminders app looks to be considerably more capable than the original, which was remarkably barebones. 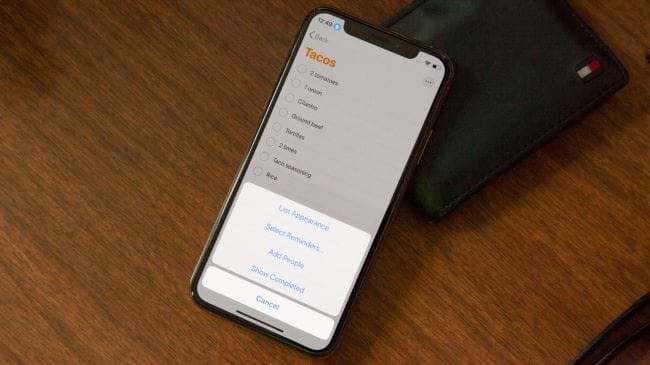 For starters, there are now Smart Lists headlining the redesigned interface, which cleverly break your tasks out into groups by what needs doing today, what’s scheduled for later and what’s flagged as important. And inside your lists, you can even now attach photos, links, and documents. Expanded integration with iMessage means that if you tag a contact in a reminder and then message them, that reminder will now pop up as a notification the next time you go to chat. Neat.

Dark Mode and those overhauled apps are nice, though there’s one simple change in iOS 13 that could benefit every single facet of the operating system. Apps are now packaged in a more efficient way, making them up to half the size. Updates, on average, are said to be 60% smaller.

Smaller apps translate to more space on your device’s storage for other things. But it also means the apps themselves should open quicker, too. Couple that with up to 2x faster app launches in iOS 13 and 30% faster Face ID recognition for devices that support that form of authentication, and it seems Apple’s discovered some ways to eke even more speed out of its already-overpowered iPhones.

Because the iPhone XS and iPhone XR are wicked quick as it is, and because my hands-on time thus far has been brief, I can’t say I’ve picked up on iOS 13’s gains in regular use. Perhaps older devices will be more obviously affected; hopefully, I’ll be able to shed more light on measurable improvements by the time the final release drops.

What’s still to come in iOS 13

There are a few important additions in iOS13 that aren’t ready at the time of this first public beta: Sign In with Apple, the upcoming Apple TV+ and Apple Arcade subscription services, as well as Apple Card integration.

Apple made a big deal about its new single sign-on solution in iOS 13, as it should. Just as you log into so many apps with your Google or Facebook account, Apple will allow you to do the same with your Apple ID in iOS 13. In fact, Apple is mandating all developers add Sign In with Apple if they already support Google and Facebook login, and Apple is forcing users who choose to use Sign In with Apple to enable two-factor authentication.

The beauty of Sign In with Apple is that the company has cleverly devised a system to allow you to log into your favorite services without sharing your email address. If you opt-out of making your email visible, Apple will simply create a decoy, anonymized email address that communications will be sent to, then forward those emails to your actual address.

As for Apple’s two content subscription services, Apple TV+ and Apple Arcade, aspects of iOS are falling into place for both to launch later this year. The Apple TV app has been redesigned ahead of the arrival of TV+, while the App Store currently displays a tab dedicated to Arcade, that simply says “Coming Soon.”

TV+ will host exclusive content, putting Apple on an even playing field with the likes of Netflix and Hulu as a content creator, while Arcade will bundle hand-selected games under a monthly subscription model, similar to Xbox Game Pass. The Apple Card is also set to drop later this summer, and when it does, it will be accessible from the Wallet app. 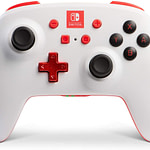